Brimbank City Council completed the upgrade of MB Lynch Memorial Gardens during 2020 and the gardens are an integral feature of Sunshine town centre and provide an important link to the history of the area.

The upgrade considered the current users of the park whilst acknowledging and retaining key historical features. The gardens were upgraded with new pathways, feature lighting, seating and increased amounts of tree and garden bed planting. Council wanted to make sure the new feature lighting was a key addition to link the proud historical importance of the space and to also provide a subtle and very practical part of the project. In order to turn the vision into a reality, council engaged the services of Lighting Designer Simon Gullifer of Rexel Holdings Australia.

We have previously worked with Simon on urban streetscape lighting projects, therefore Simon was confident that we could assist him to make the feature lighting suitable for the space.

The history of Sunshine goes back a long way with farms and settlements in the area first coming under the Braybrook Road District (1860-1871) which later became the Shire of Braybrook (1871-1951). In 1904 H.V McKay bought a factory in the area called Braybrook Implement Works. In 1906 McKay moved his agricultural machinery manufacturing business from Ballarat to his newly acquired factory in Braybrook Junction.

The factory was renamed the Sunshine Harvester Works and became the largest manufacturing plant in Australia. It was from this deep local history that Simon came up with the idea to use a customised feature luminaire as a link to the industrial past of Sunshine, and he shared with us his concepts, visions and ideas.

We knew that no such feature luminaire existed, and it would have to be custom built, designed specifically for this space. We needed to find a luminaire that would need to be modified extensively to bring the dream alive. The idea was to have a 3m high 2700K warm white square lighting column that looked like a piece of forged iron, with the iron glowing white hot in the middle and slowly moving to a cooler red and then back to the black iron finish. To add to this, the idea was to have coloured effect of the column subtly pulsing and glowing to bring the lighting column to life.

The product of choice was the LIGMAN Vancouver external architectural column, with an up/down light source. We worked closely with LIGMAN Australia’s technical team and engaged the services of a local commercial printing company CALGRAPHICS to design and provide special screen-printed panels which replicated the look of a piece of forged Iron.

These panels were then fitted into the four sides of modified Vancouver luminaire by Ligman during the manufacture process. To achieve the pulsing effect, a special control component was installed into the Vancouver Column by Ligman Australia at their factory in Brunswick.

Once all the components were working, we invited Simon into our factory to do the final light level adjustments and pulsing effect settings. It was very important that the Vancouver luminaires positioned in the correct position and orientations along the pathways to create the desired effect outlined in Simon Gullifers Lighting Design.  The lighting installation was carried out to perfection by Joel Hayes of Ampstar Electrical and the lighting effect within the new and upgraded MB Lynch is truly awesome and provides a stunning tribute to the history of the area. 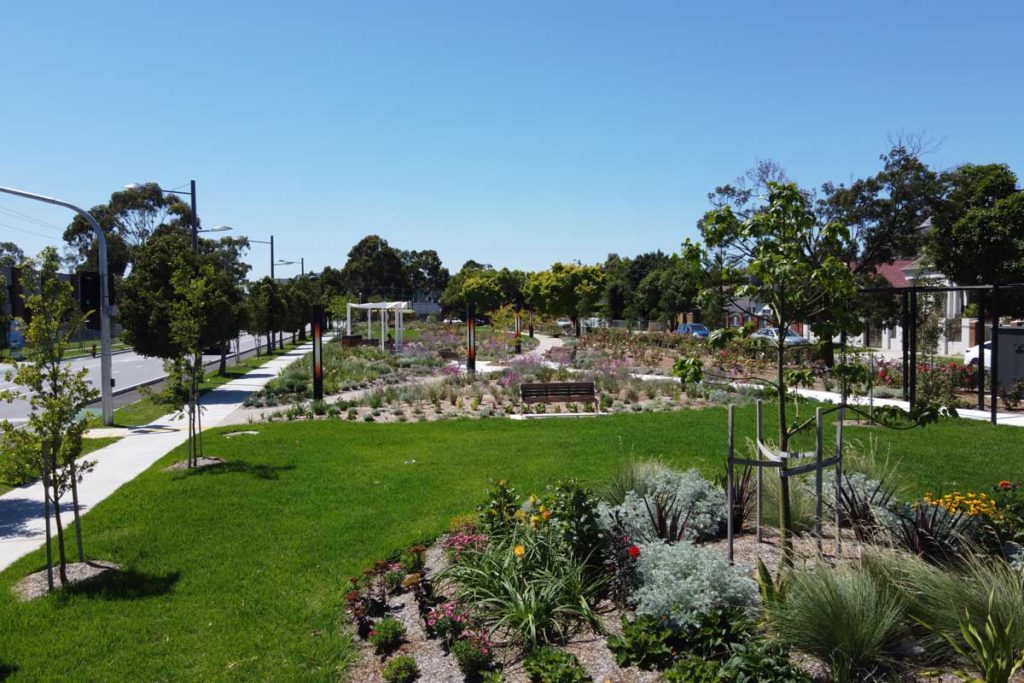 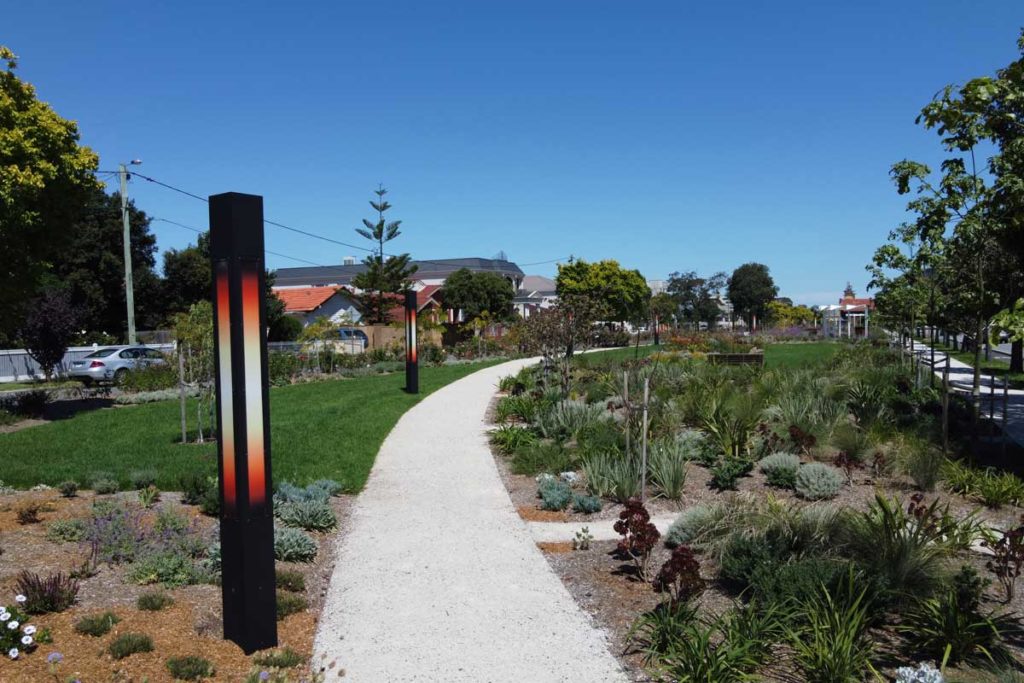 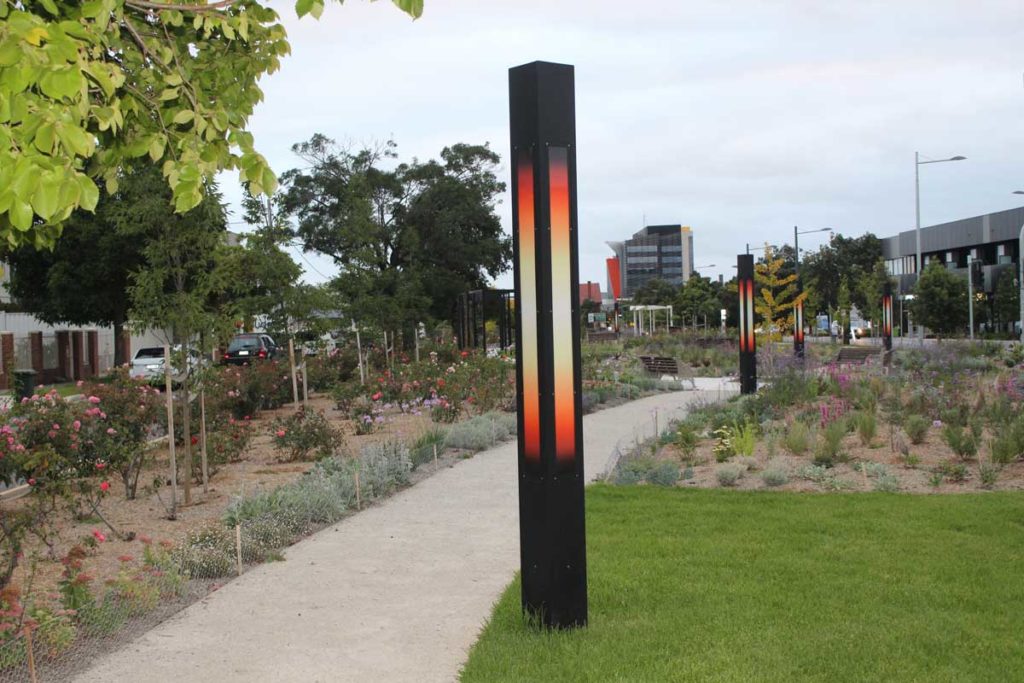 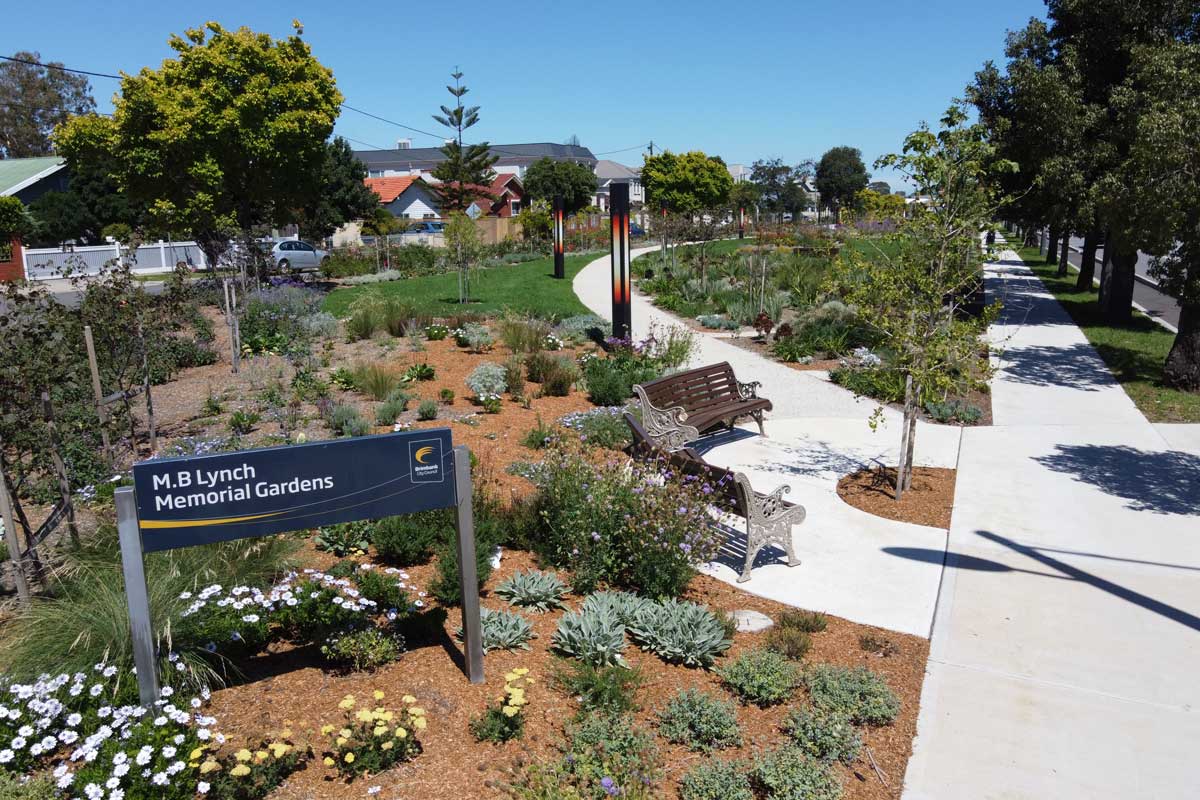 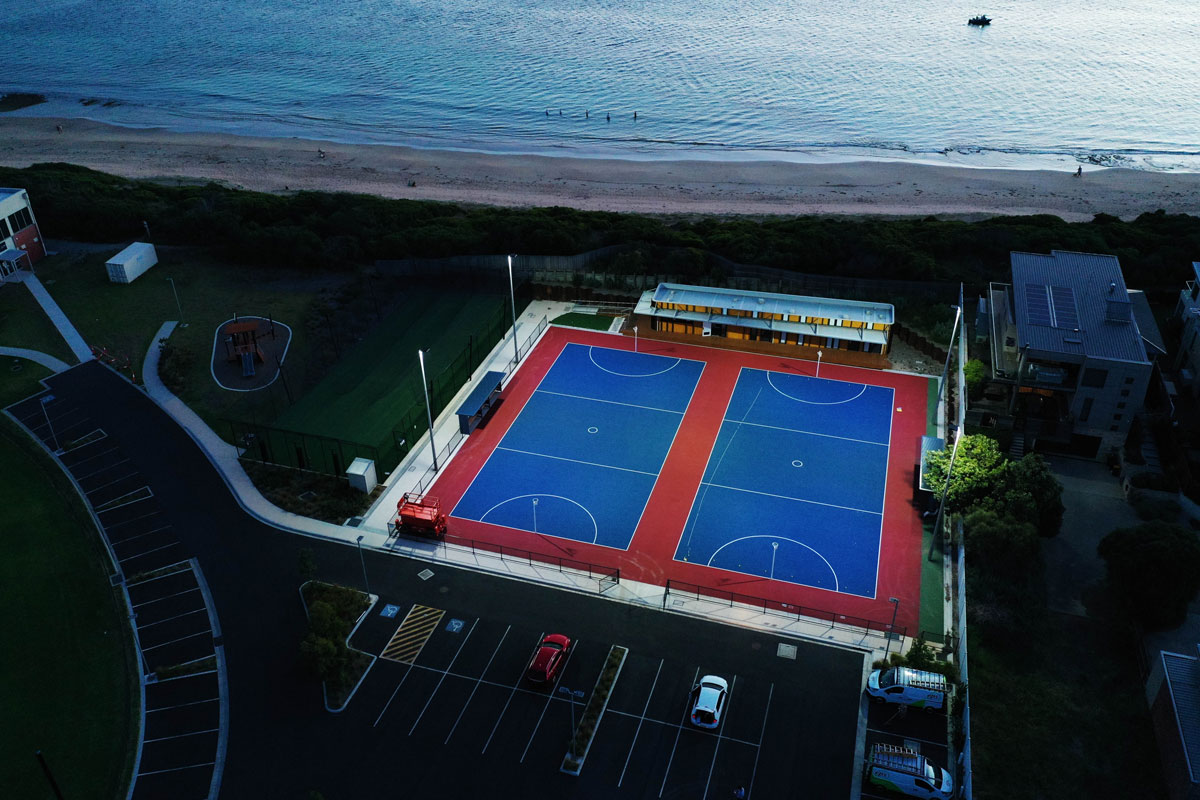 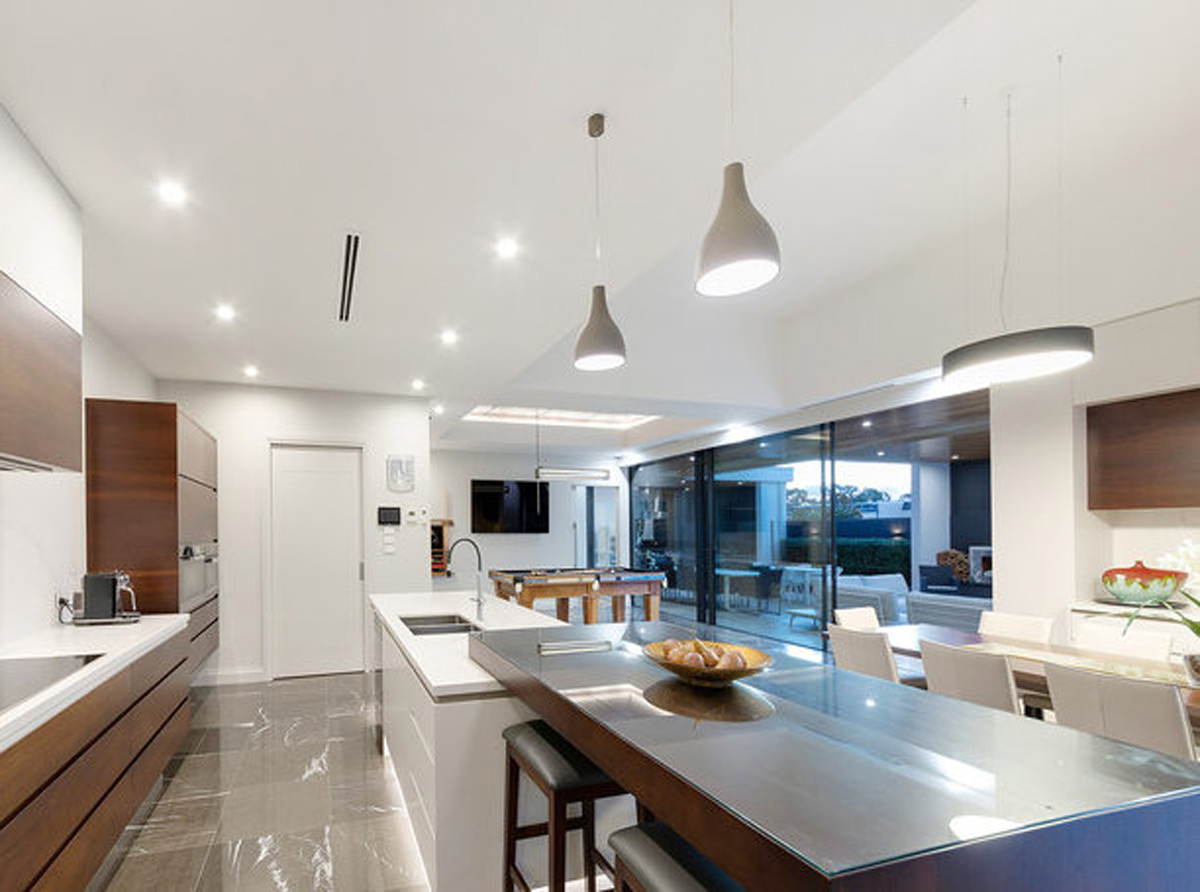 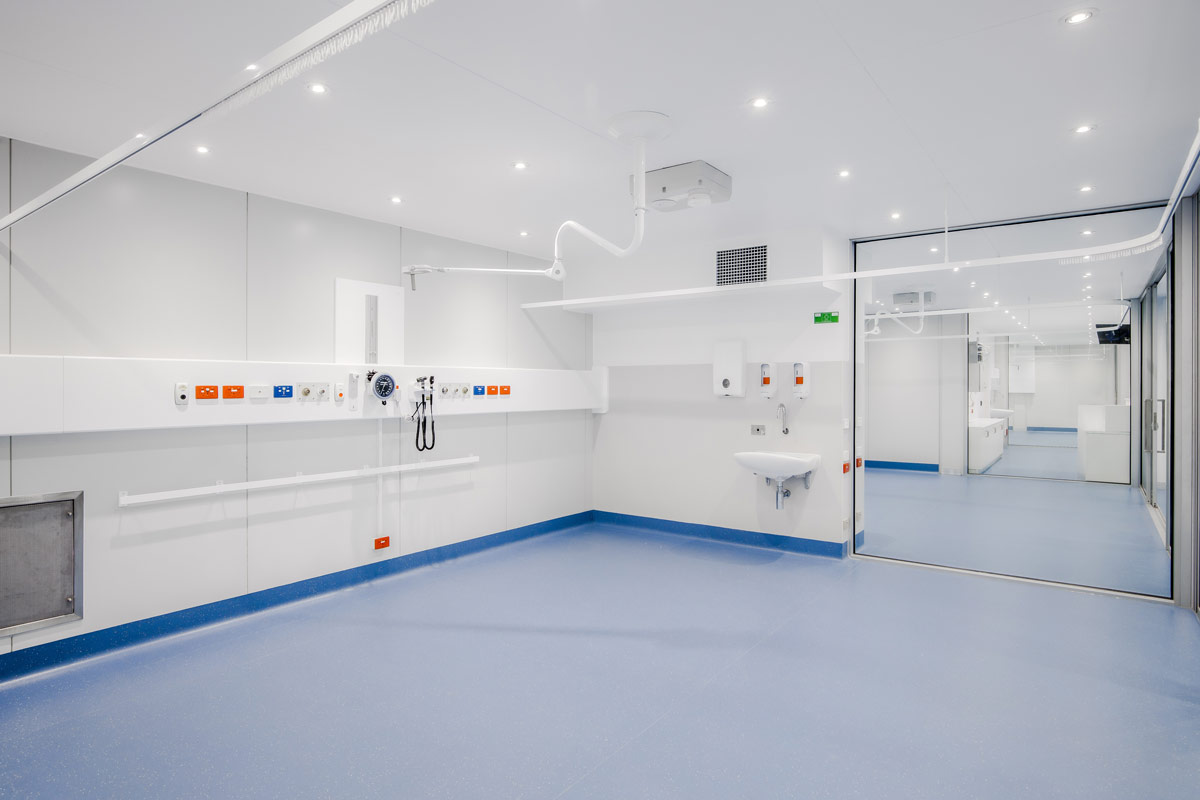 The Control of light Part 1